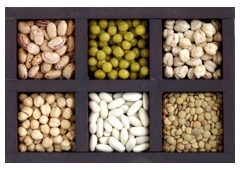 At the Food Processing Development Centre in Leduc, Alta. scientists are working on ways to help pulse producers – and in turn meat processors – add value to their products. Zeb Pietrasik, senior meat scientist at the Centre, tells Food in Canada that Pulse Canada, an industry association that represents growers, processors and traders of pulse crops, approached the Centre a couple of years ago.

“The pulse industry is quite large in Canada and the industry was trying to find new ways to use pulse ingredients,” explains Pietrasik.

The Centre is experimenting with a variety of food products, but Pietrasik’s focus is the meat industry.

In general, pulses are high in nutritional and health qualities. And, says Pietrasik, pulse ingredients are similar in functionality to starches and fibres from other plant sources that are commonly used in meat processing and which tend to be more expensive.

Pietrasik’s projects include applying pulse ingredients to a variety of fresh and cooked processed meat products, including low-fat products.

In one project, wrote the scientists, they substituted fat with pea starch and fibre in low-fat bologna and found little change in functionality and it hadn’t compromised consumer acceptability.

In fact, the pea ingredients improved the texture of the low-fat product.

For food processors this could mean some lower-cost ingredients that offer higher nutritional value.

Currently, says Pietrasik, the Centre has several clients who are interested in the technology and the scientists are working on trials with some meat processors.