Norwich, U.K. – Consumers in the U.K. probably don’t realize how fortunate they are.

But the difference is it contains more of a beneficial chemical that promotes heart health and fights cancer.

The new broccoli, which is called Beneforté, was developed from publicly funded research at two of the country’s world-leading biological research institutes: the Institute of Food Research (IFR) and the John Innes Centre.

The researchers used conventional breeding techniques to develop the new broccoli, which contains two to three times the level of the phytonutrient glucoraphanin than standard broccoli.

Glucoraphanin is the beneficial chemical that is found naturally in broccoli and is thought to help explain the link between eating broccoli and lower rates of heart disease and some forms of cancer. Glucoraphanin also leads to a boost in the body’s antioxidant enzyme levels.

Why you should eat broccoli

Broccoli is the only commonly eaten vegetable that contains meaningful quantities of glucoraphanin. This naturally occurring compound is converted in the gut to the bioactive compound sulforaphane, which then circulates in the bloodstream.

This research on sulforaphane could explain why people who eat a few portions of cruciferous vegetables such as broccoli every week, have a lower risk of chronic diseases such as cancer and heart disease.

Studies at IFR have already shown that eating the new broccoli results in two to four times the level of sulforaphane in the blood compared to normal broccoli.

Working with the Norfolk and Norwich University Hospital, the IFR scientists found that men who ate a broccoli-rich diet experienced changes in the activity of genes associated with tumour survival and growth, reports the John Innes Centre.

These changes were consistent with studies that suggest men who eat broccoli-rich diets have a reduced risk of aggressive prostate cancer Prostate cancer is the most common non-skin cancer for males in western countries. 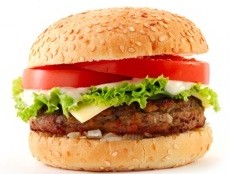