In 2013, producers in Saskatchewan harvested the largest crop in the province’s history at 38.4 million tonnes 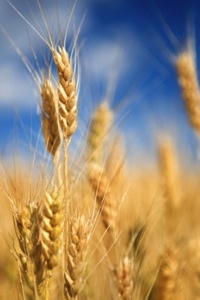 Regina, Sask. – Producers in Saskatchewan have a set a record to be proud of.

This year they’ve harvested the largest crop in the province’s history and surpassed the 2020 target set out in the Saskatchewan Plan for Growth.

The latest estimates from Statistics Canada show that the province’s 2013 crop is 38.4 million tonnes. The goal under the Growth Plan was 36.6 million tonnes by 2020.

“Saskatchewan producers deserve credit for the effort and dedication that went into this record-breaking crop,” says Lyle Stewart, the province’s Agriculture minister.

“We set an ambitious goal for crop production and our producers proved they were up to the challenge. A harvest of this size is not possible without the hard work of everyone involved in the agriculture industry and I commend them for this significant accomplishment.”

Saskatchewan’s canola crop is estimated to be the largest on record at 8.9 million tonnes, an increase of 37.5 per cent over 2012.

Production levels for wheat, canola, peas, lentils, chickpeas, oats and flax are all estimated to be above the 10 year average.

“There are many variables that go into producing a successful crop with weather being one of the most important,” adds Stewart.

“However, the innovation of our producers and the research capacity in Saskatchewan will ensure our province will continue to be a world leader in agriculture production.”