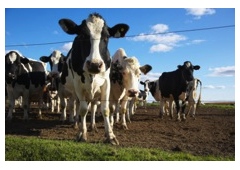 A U.S. report on livestock and products in Canada has found that the Canadian beef cattle herd has dropped. GAIN is an arm of the U.S. Department of Agriculture (USDA) and provides information on the agricultural economy, products and issues in foreign countries that are likely to have an impact on U.S. agricultural production and trade.

In its latest report, released in March, it found that the Canadian beef cattle herd dropped to 11 million head, down 1.4 per cent and the lowest in 15 years as of January 2010.

Current indications, says the report, are that a moderate expansion may begin in 2011 or 2012.

• Canada’s cattle exports totalled 1.067 million head in 2009, down 33 per cent from the 1.6 million head exported in 2008. The forecast for 2010 is 1.15 million head, up slightly reflecting tightened supply in the U.S. as well as some stability, if not softening, in the value of the Canadian dollar.

• Total 2009 beef imports, up seven per cent to 247,032 mt, did reflect the recessionary demand for an increase in lower priced cuts from New Zealand, Australia and Uruguay, and increased buying power of the stronger Canadian dollar. Some rebound in the economy is expected to spur increased beef imports to 290,000 mt in 2010.

• Canadian beef exports fell three per cent in 2009 to 480,294 mt due to a drop in shipments to the U.S.  Although world demand is still recovering and fluctuations in the value of the Canadian dollar create negative strains on exports, overall exports are expected to expand to 490,000 tons in 2010.

• After totalling 1.12 mmt in 2009, 2010 pork exports are forecast to be up slightly to 1.13 mmt, reflecting the reopening of the Chinese market as well as overall expectations that worldwide pork consumption will trend upward as recessionary pressures soften and consumers look for lower priced meats.

• Details of the $75 million Hog Farm Transition Program were announced in December 2009 with the first three (of four) tranches resulting in a total reduction of 671,250 head of which 105,358 are sows. The aim of the program is to reduce the herd by the equivalent of 250,000 sows. The highest proportional reductions are in the small producing provinces of B.C. and the Atlantic region. The largest reduction, in Ontario, represents about 3.6 per cent of the provinces’ total 2009 production. The last tranche was in March 2010. These payments require vacating production facilities for three years.

Related
Milk production to increase in Canada: report
Canada’s Hog Herd Continues to Shrink
Canada’s exports of fish and seafood on the rise