Quinta Quinoa is one of six global finalists – the only one from Canada – selected to compete for the People’s Choice Award at the Global Food Summit in Munich, Germany March 20-21.

Quinta Quinoa founder Jamie Draves will share his journey to create the highest protein, most nutritious quinoa in the world during a three-minute pitch to an audience of industry leaders, media, government officials and scientists at the Summit March 20th.

Draves spent eight years developing the Canadian-grown quinoa. “It is an all-natural complete plant protein capable of feeding the world’s growing population in an ecologically sustainable way,” he says.

“Canada’s contribution to the Global Food Summit concerning innovation in food is outstanding. The Guelph Circular Food initiative as well as the application of three start-ups show the high level of commitment to change,” says Stephan Becker-Sonnenschein, head and founder of the conference.

Draves’ passion comes from personal experience: In 2007, he was in failing health, diagnosed with idiopathic pancreatitis without cause, cure or treatment. With two young boys at the time, he wasn’t ready to give up on life and embarked on a very restricted diet with quinoa as a staple. Renewed health sparked his passion to develop what he considers to be the best, most nutritious quinoa in the world.

In 2018, Quinta Quinoa became the largest producer of quinoa in North America. “We are now focused on scaling our Canadian production and processing, and expanding our proprietary Quinta Quinoa food ingredients for plant-protein markets,” Draves said. “It’s an exciting opportunity as quinoa is highlighted in Canada’s Food Guide as a unique complete plant protein that will help the world move from meat-based to plant-based diets for the health of the planet.”

The Global Food Summit is a scientific conference for food sector innovation. Quinta Quinoa is attending with a delegation of representatives from the City of Guelph, Innovation Guelph and the University of Guelph, which will share the Guelph-Wellington Smart Cities vision to create Canada’s first circular food economy. 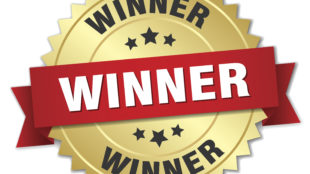 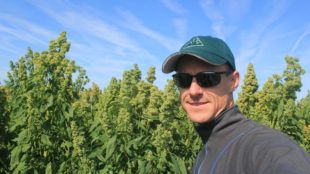 Demand on the rise for Ontario-grown quinoa

The Annex partners with Colorado Quinoa