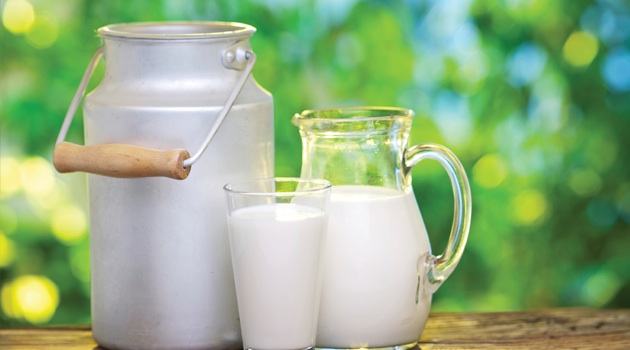 Ottawa – The Dairy Farmers of Canada (DFC) have awarded the fourth Dairy Farm Sustainability Award to a farm in Quebec.

Ferme Bois Mou 2001 inc., which is based in St-Félix-de-Kingsey, is owned by Mario 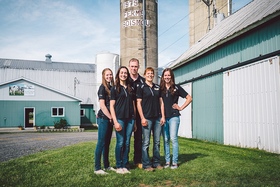 Mario Lefebvre and Denise Joyal and their three daughters.
Photo from Dairy Farmers of Canada website.

DFC announced the winner at its Annual General Meeting in Vancouver this summer. Lefebvre and Joyal received $2,000 in recognition of their sustainable practices.

A selection committee, which included eight dairy and sustainability experts from across the country, selected Ferme Bois Mou because of its many impressive management practices.

The couple have:
• invested in waterbeds and plastic stalls, instead of metal, so that cows can move in comfort.
• had a compactor made for their silage plastic waste, which they share with neighbours, before taking the plastic to the depot themselves.
• since 2006, all of their field management using zero tillage practices.
• shown meticulous concern for biosecurity. For instance, access to the farm is restricted to authorized visitors only and Mario has his own hoof trimming chute to avert contamination from other farms.

The DFC says Ferme Bois Mou first developed an agri-environmental fertilization plan in 1998 and has reviewed and updated the plan in consultation with agronomists every fall since.

Last year, the couple signed up for the satellite map service of the Coop Fedérée du Québec to apply lime and fertilizer at a variable rate. This new technology maps fields using colour-coding and allows farmers to see where they should readjust application rate to optimize the soil’s health and fertility. “The costs incurred by this service are minimal compared to the savings in fertilizer and lime,” says Lefebvre.

To minimize their water footprint, the farm recovers water from their plate cooler for cows to drink. They also installed a timer that shuts off the power to the pump if a pipe breaks in the barn to prevent waste. Cows like the warm water better than the cold well water.

Soil erosion is practically non-existent at Ferme Bois Mou. “We set up a 15-foot buffer strip all along the streams where we harvest hay three times a year. This prevents erosion and creates a buffer zone for the manure, fertilizer and herbicides that’s a total of seven kilometres,” says Lefebvre.

Planting fall cover crops has improved nutrient retention in the soil and decreased herbicide costs by keeping weeds at bay.

The couple says their investments in the environment have proven profitable for the farm and its operations. But their motivation also has a lot to do with their three daughters – all of whom have expressed an interest in taking on the family business.

“We are preparing the farm for our daughters,” says Lefebvre. “We want them to benefit from our choices and continue a strong dairy tradition.”

There were two finalists in the competition, says the DFC. Dwayne and Becky Perry from Perryhill Farm Inc. in Perry Settlement, N.B., and Nelson Dinn from the University of B.C. Dairy Education and Research Centre in Agassiz, B.C.. The finalists received $1,000 each.