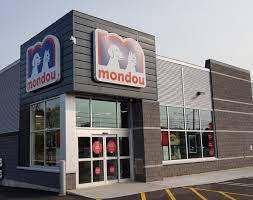 ʺAll of the companies recognized this year have consistently shown their leadership with regards to strategy, innovation, culture, commitment and finances to achieve sustainable growth. It is therefore a tremendous source of pride to once again be part of this select group; it confirms Mondou’s status as a leader in its field and in the wider business community. We extend our warmest thanks to our devoted and passionate employees, our experienced management team and our valued partners who successfully rose to the challenges we have faced in the past year. With the support of this exceptional team, Mondou was able to provide its customers with an experience that goes beyond their expectations, despite the pandemic and the restrictions in place.” said Martin Deschênes, Mondou’s general manager.

Now in its 28th year, Canada’s Best Managed Companies is one of the country’s leading business awards programs, recognizing Canadian-owned and managed companies for their innovative, world-class business practices. Each year, hundreds of entrepreneurial companies compete for this designation in a rigorous and independent process that evaluates the caliber of their management abilities and practices.

ʺThe winners of this year’s Best Managed Companies are a brilliant example of the importance of leadership in the face of adversity,” said Lorrie King, partner, Deloitte, and Co-lead of the Canada’s Best Managed Companies program. By using their unique purpose as the foundation of their organization, they managed to outline the way forward with courage and resilience. In this extraordinary year, these companies should be proud, not only of having earned this prestigious title, but also of the ever-important role they play in Canada’s progress and prosperity.”

A QUEBEC FAMILY-RUN BUSINESS STANDING OUT THROUGH INNOVATION SINCE 1938

Founded in Quebec, Mondou saw its number of stores rise from one in 1938 to 73 in 2021 by building its success through continuous innovation. Just recently, the family-run company managed to renew itself and enhance its offering by launching new concepts that were immediately adopted by its loyal customer base, including its neighbourhood stores and Sub-zero market, which offers a wide variety of frozen raw food for cats and dogs; one of the biggest market trends at the moment.

Even though all of its stores have remained open since the onset of the pandemic, the shift toward online transactions initiated by Mondou over the last few years enabled the company to offer quick service and a diversified offer to customers who could not leave their homes. Today, Mondou boasts one of the largest transactional sites dedicated to pet products in Quebec.

In 1993, the Quebec company launched the Vetdiet brand of cat and dog food, which is now distributed in Canada and the United States. The Legault Group also co-owns Jupiter, a company that specializes in the production of dry cat and dog food. The company will inaugurate a state-of-the-art facility in Drummondville by the end of the year.

10 years ago, Mondou created the Cuddle Club, its highly appreciated loyalty program deemed number one in Canada in terms of perceived generosity, according to the LoyalT study conducted by Léger and R3 Marketing in 2017. With more than 860,000 members, the Cuddle card is a true success story. Mondou was also ranked 5th on Léger’s WOW index. The firm assesses customer experience among more than 200 Quebec retailers through an extensive survey of over 15,000 people.

Recognized as an employer of choice, Mondou also created the Mondou Academy in 2017.  Led by veterinarians and veterinary technicians, this ongoing training program allows the company’s teams, particularly store advisors, to stay up to date on industry-leading best practices, and helps them deepen their understanding of the field of animals.

ANIMAL WELFARE IS AT THE HEART OF MONDOU’S MISSION

For over 80 years, Mondou has been committed to supporting a number of causes dedicated to animal welfare. Among these is the Mondou Mondon fundraising campaign for shelters whose 4th edition is in full swing until May 16. Between 2018 and 2020, this annual initiative helped raise more than $406,000 in donations. The Quebec company also organizes the annual Mondou Mondon fundraising campaign for the Mira Foundation which raised more than $2 million in 6 years.

Mondou is a firm believer in responsible adoption and refuses to sell animals in its stores. Since 2019, the company inaugurated four adoption zones for cats from rescue shelters at its Saint-Jérôme, Anjou, Saint-Jean-sur-Richelieu and Joliette store locations. The objective? To give a second chance to animals by helping them avoid euthanasia, given the current context of overpopulation in the shelters. To date, more than 500 cats have been taken in by new, loving families!