Krakow, Poland – After testing out a variety of proteins and their impact on gluten-free bread, scientists discover that pea protein works best.

An article on Celiac.com reports that scientists at the University of Agriculture in Krakow made gluten-free break from dough that include albumin, collagen, pea, lupine and soy protein.

The scientists then examined what effects the different proteins had on the structure, properties and aging of gluten-free bread.

After making the different breads, the team analyzed the rheological properties of the dough and found that bread made with added test proteins showed major difference in its visco-elastic properties, reports Celiac.com.

The different combinations of flours had different effects on the volume of the loaves.

In each case, reports Celiac.com, the added proteins had a noticeable impact on the colour and texture of the breadcrumbs.

In fact, most of the protein preparations produced breadcrumbs that were softer and less chewy than the control sample.

But the dough that contained the pea protein yielded bread with the most acceptable qualities.

The study showed, says Celiac.com, that the pea protein created the most acceptable flavour, colour, smell and breadcrumb in the final product.

The least acceptable turned out to be the bread using soy protein. These turned out smaller in volume and had a more compact structure.

The results of the study show that adding pea protein can improve bread quality, and help to slow the staling of starch-based bread, says Celiac.com. 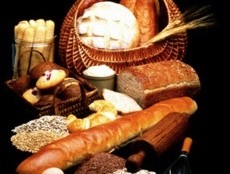