Olds Collge of Alberta and Niagara College of Ontario announced the partnership yesterday.

With the agreement Niagara College will share its expertise and knowledge with Olds College as it launches the brewmaster program in Western Canada.

Both colleges have agreed to deliver common curriculum and courses and will use identical infrastructure and brewing equipment.

The Olds College teaching brewery will be housed in the Pomeroy Inn and Suites at Olds College, a hotel and conference centre currently under construction on the campus.  It is expected to be ready to handle the first class of brewmaster students beginning in September 2013.

Project teams from both colleges will collaborate on all aspects of development for the Olds Teaching Brewery to complete installations and operational testing by the target start-up date.

Based on Niagara College’s success with its commercial Teaching Winery, the college launched its two-year Brewmaster and Brewery Operations Management Diploma program in 2010. Its first class of about 20 students will graduate this June. 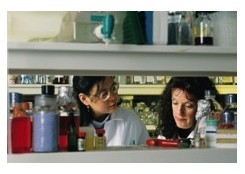