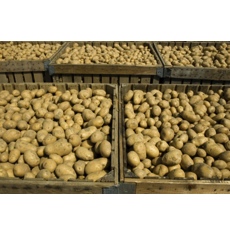 Borden-Carleton, P.E.I – McCain Foods has announced that it is closing its french fry processing facility in Borden-Carleton at the end of October 2014, with a loss of 121 jobs.

The company is blaming the stronger Canadian dollar, and a shift in the market for french fries from North America to other parts of the world as the reasons for the closure. Over the past 10 years production at the P.E.I. plant has dropped by two-thirds, making it McCain’s smallest and least-utilized factory in North America.

“Closing a plant is one of the toughest decisions we ever face,” says Frank van Schaayk, president of McCain Foods in the Americas. “We deeply regret the personal impact the closure will have on our P.E.I. employees.”

The company says it will offer eligible employees early retirement benefits and severance packages that exceed those required by the law. It will also contribute $2 million and work with the provincial government to help develop initiatives to create sustainable jobs for its affected workers.