A U.S. group releases a report that investigates the economic impact of organic dairy farms on rural communities

Washington, D.C. – Is it time to switch to organic milk?

The study, called Cream of the Crop: The Economic Benefits of Organic Dairy Farms, is the first of its kind to calculate the economic value of organic milk production. It was produced by the U.S.-based Union of Concerned Scientists (UCS).

Get big or get out

According to the scientists, dairy farmers generally have had to “get big or get out.”

“Dairy farmers either had to expand dramatically and become large industrial operations or they went out of business,” says Jeffrey O’Hara, agricultural economist for the Food and Environment Program at UCS and author of the report.

“However, organic dairy production offers farmers another option – one that is better for the environment, produces a healthier product, and leads to greater levels of economic activity.”

The report based its analysis on 2008-2011 financial data from two major milk-producing states, Vermont and Minnesota.

The report also compared the economic value that would be generated by conventional and organic farms in the two states if both experienced the same hypothetical level of increased sales.

In Vermont, organic dairy farms under that scenario would be expected to contribute 33 per cent more to the state’s economy than conventional farms, and employ 83 per cent more workers.

Similarly, in Minnesota, organic dairies would increase the state’s economy by 11 per cent more and employment by 14 per cent more than conventional dairy farms.

It doesn’t hurt that consumer demand for organic milk has jumped dramatically over the last decade, say the authors.

In some regions, consumer demand is so significant that retail grocery chains are having a hard time keeping organic milk in stock.

The authors say investing in organic dairy production would “pay off in multiple ways.” Washington just has gotten the message yet. 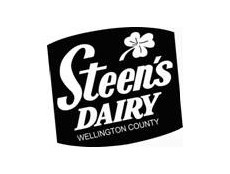