Saint-Bruno-de-Montarville, Que. – The federal and Quebec provincial governments have officially launched the Platform for Innovation in Organic Agriculture.

The program is an initiative of the Institut de recherche et de développement en agroenvironnement (IRDA) in Saint-Bruno-de-Montarville, Que., a non-profit research organization formed in 1998 by the provincial government and the Union des producteurs agricoles. Just over $13 million in funding is allotted to the initiative, about 80 per cent of which will come from the Quebec government.

The Platform for Innovation in Organic Agriculture is a platform for R&D and training in organic crop production for those involved in organic agriculture, as well as producers converting to organic production. Research will also help farmers engaged in sustainable agriculture.

“This platform is turning out to be a world-class facility that will allow the IRDA to increase its competitiveness in a growing sector and thus attract and retain top researchers,” said Pierre Duchesne, Quebec minister of Higher Education, Research and Science and Technology, during the inauguration. “Research, development and knowledge transfer in the field of organic crop production will draw on the expertise of our researchers and agricultural producers. Supporting excellence in research and innovation to benefit all Quebecers remains a priority.” 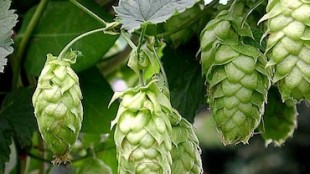