Optimism among agri-food producers at an all-time high

The survey, of approximately 4,500 agri-business producers and operators across the country, looked at views on the state of agriculture in Canada.

Seventy-seven per cent of respondents also reported being better off today than they were five years ago, compared to 67 per cent in 2010. An additional 58 per cent of producers say they plan to diversify or expand their operations within the next five years. And seven out of 10 respondents said they would recommend a career in primary production to friends and family members.

In addition, the survey revealed differences in attitudes across the country. For example, respondents in Saskatchewan were the most optimistic, at 82 per cent, while producers in the Atlantic provinces and B.C. were the least, at 74 and 75 per cent respectively.

According to FCC president and CEO Greg Stewart, “the results are great news,” noting that respondents cited expectations of profitability, global demand for food, and reduction of debt as reasons for optimism. But, he adds, “At the same time, [producers] expressed caution due to factors beyond their control such as weather, unpredictable economic conditions and potential rising interest rates.” 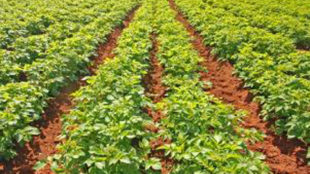 Government steps in to help farmers and agri-food producers