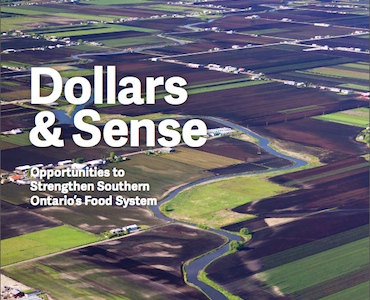 Montreal – If Ontario reduced the top 10 fruit and 10 vegetable imports by just 10 per cent and expanded local production, it could help create 3,400 jobs and boost the province’s GDP by nearly a quarter billion dollars. 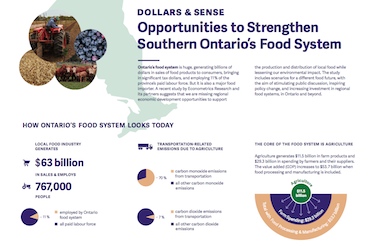 The report was released in early February by The J.W. McConnell Family Foundation in Montreal, and the Metcalf Foundation and The Friends of the Greenbelt Foundation both in Ontario.

The study’s aim was to identify the impact of local food in Southern Ontario and explore the different scenarios that would increase the supply of local food, create jobs, protect the environment and support healthier lifestyles.

Ontarians adopting a healthier diet leads to higher consumer demand for fruits, vegetables, and some grains, was another key finding of the study.

For example, if consumers moved to an ideal level of oat consumption in their diets, 241 jobs would be created and the province’s GDP would grow by more than $14.2 million.

Also, transitioning 10 per cent of food consumption to organic would improve farm incomes and reduce the environmental impact of food production. But this scenario would require imports of many products unless local organic production was increased.

The report also provides an overview of the food surplus or deficit positions of counties and regions across Southern Ontario. The findings point to opportunities for the province’s food system to better match domestic consumption, increasing the amount of food grown locally.

The authors of the study estimate that more than half of Ontario’s $20 billion in imported food could be produced in Ontario.

The authors also make the case for investing in the development of regional food systems and providing the supportive regulatory environment, infrastructure, and distribution networks required for these systems to flourish.