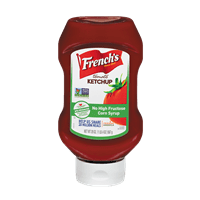 McCormick Canada is deepening its local roots by transitioning the blending, bottling and packaging of French’s Ketchup from a third-party Canadian supplier to in-house production in London, with full production ramping up this week. Club House has been based in London for over 135 years and now French’s Ketchup, made with 100 per cent Canadian-grown tomatoes, is being manufactured in London. 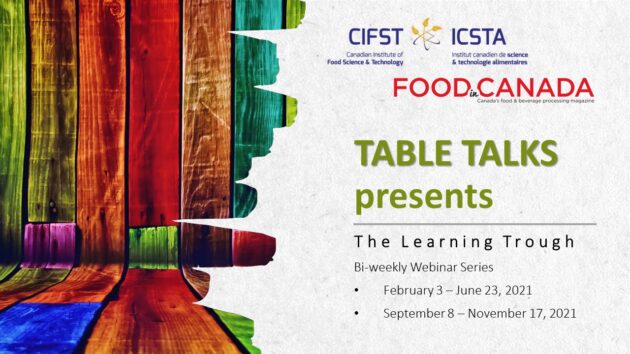 “We know how much Canadians love French’s and how passionate they are when it comes to Canadian-grown, produced, and packaged products,” continued Squires. “We are proud to further our investment in the London area by expanding our bottling capabilities as we continue to deliver our delicious Canadian ketchup to families across the country.”

To celebrate this expansion, last week, residents of London who live along a designated maple-leaf-shaped map were surprised with a gift of local favourites on their doorstep from Club House® and French’s®. Also, a $5,000 donation was made to the London Food Bank. As an extension of the company’s My Home is Canada campaign, which celebrates what makes this country so special, the brands are honouring their hometown and local community.

“This London-based maple leaf map represents national and local pride,” said Trevor Squires, General Manager at McCormick Canada. “It’s a 27-kilometer route that encompasses the heart of London and our McCormick facilities, where we produce a range of beloved cooking and baking flavours relied on by Canadians every day. In addition to honouring our past in London, we’re excited to also announce McCormick Canada’s further investment in the community.”

Ketch-Up with French’s:
• Bottling of original French’s Tomato Ketchup began in February 2021
o Full production ramps up this week, end of March 2021
• 100 per cent of tomatoes used for French’s Ketchup are grown in Leamington, Ontario

McCormick Canada’s Commitment to the London Community:
With its headquarters and production facilities located in London, the McCormick Canada family is committed to helping its neighbours and supporting local initiatives. In living this promise, Squires currently holds the position of Campaign Fundraising Chair for the United Way Elgin Middlesex, with a goal to raise $7.5 million for critical issues like food security, mental health and helping people and families in need through like-minded, charity-focused United Way partner agencies.
As part of its long-term partnership with the London Food Bank and Food Banks of Canada, McCormick Canada has committed over $3.5 million to help prevent hunger in Canadian communities.
In response to the COVID-19 pandemic, Club House teamed up with five organizations to create the London-Middlesex Restaurant Support Fund, kickstarting it with a $30,000 contribution. This fund awarded financial grants to 27 area eateries in need of financial assistance – 21 in London and 6 in surrounding Middlesex County. In addition, French’s, Club House, and Frank’s RedHot donated $40,000 to the Canada Takeout program to further support local restaurants during the pandemic.

My Home is Canada:
The London celebration is part of the My Home is Canada initiative, which in partnership with Scott Moir, one of Canada’s most decorated Olympic ice dance champions (born and raised in Ilderton), aimed to remind Canadians of the beauty in everyday moments and love for this great country.
After encouraging everyone from coast-to-coast to share images on social media using #MyHomeIsCanada, the images culminated in a digital and in-person light show, now live in downtown Toronto until April 4th in the evenings from 7:30 p.m. to 11:30 p.m. (Blue Jays Way and Wellington Street West, Toronto, Ontario, M5V 3E4).
To learn more about My Home is Canada, visit MyHomeisCanada.ca or ChezMoiCestleCanada.ca. While there, explore the London maple-leaf-shaped route and enjoy a digital light show of images shared by fellow Canadians celebrating diversity, family, heritage, landscape, and food.

About Club House
Club House traces its roots back to 1883, where it first operated in London, Ontario, and today is Canada’s leading flavour brand. For over 135 years, Club House has been making Canadian meals taste great – through spices, herbs, seasoning blends, extracts, food colours, sauce mixes and other flavourful products available in retail outlets and foodservice businesses.

About French’s
French’s was first introduced to the hot dog – and the public – at the World’s Fair in 1904. It was love at first bite. Through the years, French’s has become a Canadian staple from the ballpark to the backyard to the holiday table. French’s family of products include Tomato Ketchup, Classic Yellow Mustard, Worcestershire Sauce, Fried Onion Crunchy Toppers, and more.
Club House and French’s are McCormick & Company (MKC) brands. As a global leader in flavour, McCormick has built a portfolio of leading flavour brands that enhance people’s enjoyment of food all around the world. Every day, no matter where or what you eat or drink, you can enjoy food flavoured by McCormick. Founded in 1889, McCormick envisions A World United by Flavour where healthy, sustainable, and delicious go hand-in-hand. Visit www.HelloFlavour.ca for recipes and visit www.McCormickCorporation.com to learn more.