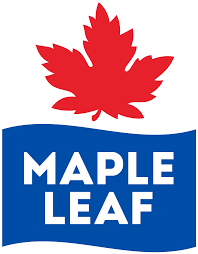 Farm Health Guardian, a new real-time disease mitigation technology platform, is now available to pork and poultry integrated companies such as Maple Leaf, as well as individual farmers, throughout North America, Europe and the United Kingdom.

This patented system was tested and proven effective by one of North America’s largest pork production networks, Maple Leaf Agri-Foods. “The collaborative partnership between Be Seen Be Safe [precursor and maker of Farm Health Guardian] and Maple Leaf Foods made the journey and solution successful, easy to use and even more,” says Dan Di Salvo, Maple Leaf Foods VP Infrastructure and Security. “It’s a major step forward in support of industry best practices in assuring continued, safe, quality food production that will continue to meet the growing global demand for food.”

“We are proud to have played a role in bringing this critical technology to the industry, with a common goal to work and expand to the industry” says Di Salvo. “Farm Health Guardian has already provided immediate benefits.”

“The Farm Health Guardian system is the first complete disease spread mitigation platform of its kind,” says Tim Nelson, Founder and President, Be Seen Be Safe. “Quick and efficient disease containment is critical to the safety and sustainability of the livestock and poultry industry and the people who work within it. Even with the best individual farm biosecurity protocols, livestock and poultry systems are vulnerable to the devastation that disease outbreaks can cause. With this proven technology we are able to reduce the impact throughout the production network by containing an outbreak before it spreads.”

The estimated negative economic effects of animal disease outbreaks are significant. In Canada, according to a Gap Analysis prepared by Synthesis Agri-Food Network for the National Farmed Animal Health & Welfare Council, avian influenza could cost the Canadian poultry industry more than $600 million in just one single Province alone and a study by Iowa State
University has indicated that African swine fever could create a $50 billion loss to the North American swine industry.

The Farm Health Guardian patented system tracks and records all movement in and out of production facilities in real time, providing fast, easy, confidential ways to record all staff, visitor and vehicle movement. The system uses multiple technologies to record this movement, including an app for contactless digital pre-screening, paperless check-in, vehicle passport and
GPS tracking.