Northfield, Ill. – Kraft Foods Inc. has announced it will divide its business into two independent, publicly traded companies, one for its snack business and the other for the North American grocery business.

Kraft already has a significant share of the snack market, especially following its acquisition of Cadbury PLC in 2010. The high-growth snacks company would include Kraft Foods Europe and developing market units, as well as its snack and confectionery business in North America. Brands include Oreo and Cadbury chocolate. The company estimates that its snack business would have sales of approximately $32 billion.

The high-margin grocery business – with brands such as Jell-O and Philadelphia cheese – would include U.S. beverages, cheese, meals and grocery segments, as well as non-snack business in Canada and foodservice. Sales

are expected to be around $16 billion.

“We have built two strong, but distinct, portfolios,” says Kraft chairman and CEO Irene Rosenfeld. “Our strategic actions have put us in a position to create two great companies, each with the leadership, resources and strong market positions to realize their full potential. The next phase of our development recognizes the distinct priorities within our portfolio. The global snacks business has tremendous opportunities for growth as consumer demand for snacks increases around the world. The North American grocery business has a remarkable set of iconic brands, industry-leading margins, and the clear ability to generate significant cash flow.”

Kraft will create the two companies through a tax-free spin-off of the North American grocery business to Kraft Foods shareholders. The two new businesses are expected to be in place by the end of 2012.

Companies to bid for Wonder Bread 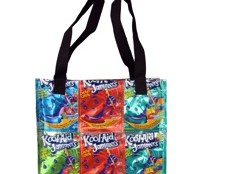