Diamond City, Alta. – Alberta’s cheese industry is set to see its first major expansion in decades, says the government of Alberta, bringing an opportunity for the province’s milk producers to increase their yearly revenue by a potential of $15 million.

And this is thanks to a joint federal-provincial program, which is giving cheese producer Agropur a $2.4 million grant.

The grant is being put toward the company’s $23-million expansion and automation of its Sunnyrose cheese plant in Diamond City in Southern Alberta. The expansion will nearly double the production capacity of the existing plant and increase Agropur’s product selection of cheeses.

The Growing Forward grant will be distributed over two-years and was approved through the Alberta Livestock and Meat Agency (ALMA).

“Initiatives like these are important in helping us further strengthen Alberta’s diverse agriculture industry.”

ALMA adds that the project will benefit the province’s milk producers by increasing demand for Alberta milk products.

In fact, Agropur will double its milk allocation in Alberta in 2011-2012 as the facility expansion is completed. Agropur also has an agreement in place with the Alberta Milk Marketing Board to support this increase. Moving milk from the butter and skim milk powder markets into the cheese market will increase revenue to producers.

Agropur Cooperative has 5,225 employees and $3.4 billion in sales. The company processes close to 3.2 billion litres of milk annually and its products include brands such as Canadian Reserve, Sealtest, Natrel, Yoplait, Oka, Island Farms, La Lacteo, Trega and Schroeder. 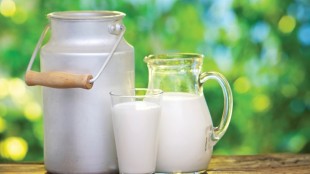