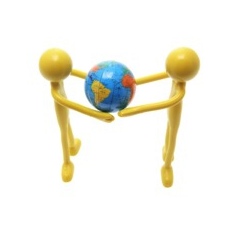 India’s minister for food-processing industries spent a week in Canada with a five-member business delegation, reports The Economic Times of India. The minister, Subodh Kant Sahai, called upon Canadian companies to invest in India’s food processing industry, the fastest growing sector of its economy.

The story reports that Sahai signed three MoUs with Canadian universities to link them with the Indian Institute of Crop Processing Technology in Thanjavur.

The aim is to collaborate on research, training, curriculum and institutional development, information dissemination, and faculty, student and staff exchanges.

The latest one was just signed with McGill University in Montreal.

“We are looking at more exchanges of students and scientists to boost cooperation in this sector, which will play a crucial role in ushering in a second green revolution in India,” said Sahai.

Sahai and Ritz also discussed collaborating on high-tech areas such as nanotechnology.

The Economic Times also reported that Sahai emphasized the need in India for Canada’s experience in supply chain.

He pointed to the massive amounts of perishable product that is wasted in India each year.

“The thrust of our government is to create cold-storage and warehouse facilities across the country,” said Sahai.

The Economic Times says India’s food processing sector is growing by more than 14 per cent and that many Canadian companies expressed a “keen interest to come to India.”