Frelighsburg, Que. – Domaine Pinnacle has another gold medal to add to its growing collection of awards.

The contest drew 400 wine and specialty beverage entries, which were evaluated in blind taste tests by 350 amateur judges. Products were all either produced in Quebec, or were imported products distributed in the province.

“Les prix du public is structured like an international wine tasting competition – with blind taste tests and a standardized ranking system based on 100 points. But the judges are drawn from the general public, versus the wine and beverage industry. So the results give us direct consumer feedback, versus expert opinion,” says Charles Crawford, founder and president of Domaine Pinnacle. “This vote of confidence, from the average Quebecois consumer, is a source of great pride for Domaine Pinnacle.”

The winning products will be showcased at the Salon international des vins et spiritueux de Québec, taking place March 11 to 13 in Quebec City. 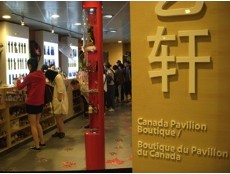