H.J. Heinz Company will become a private company now that it’s been acquired by 3G Capital for US$28 billion

Pittsburgh, Penn. – H.J. Heinz Company has been acquired by 3G Capital and Berkshire Hathaway in a deal that is being called the largest transaction in the global food industry.

The deal is valued at US$28 billion.

Talk of a deal began about eight weeks ago, said Johnson, when 3G, a client of Heinz, invited Johnson out to dinner. He initially thought 3G was unhappy. 3G, an investment firm, had purchased Burger King in 2010.

As it turns out, 3G and Berkshire had other ideas. Johnson took their offer to Heinz’s board of directors and the board took over the process from there.

As it turned out, “the board concluded it was a compelling proposition” and the value to the company’s shareholders was too much to pass up.

Behring says there were several reasons to go after Heinz. For one thing, he says, the “powerhouse” brand is truly global, the company is in an enviable position in the food industry and 3G was aware that the company wouldn’t have arrived to the position it was in without its people.

Throughout the conference it was made clear that the headquarters will remain in Pittsburgh. (“It’s in the contract,” said Johnson, “and Warren Buffet has no interest in leaving Pittsburgh.”)

And while 3G may have a history of cost cutting measures with other companies it’s acquired, it’s too early to tell what will happen at Heinz. “This is a company that’s doing extremely well and has been for many years,” said Behring.

Heinz will become a private company, which both Behring and Johnson said will “create a better environment to deliver on growth plans.” And create more opportunities for employees. Both added that the plan is to make Heinz a bigger and more global company.

There are no plans for management at the moment and for the time being Johnson is staying on. When it comes to jobs in general, both said they didn’t know yet what the long-term situation will be. 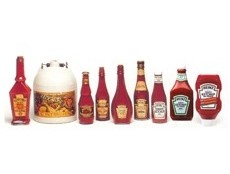