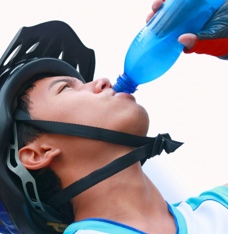 Despite being one of the fastest-growing beverage categories in recent years, the functional drink market seems to be slowing down.

According to market researcher Zenith International, global sales of functional drinks rose three per cent in 2008 to 26.5 billion litres. This compares to a growth rate of eight per cent per year between 2003 and 2008. The company points to recessionary pressure as the cause for the slowdown, particularly as functional beverages are generally considered a premium-priced item.

North American sales in particular were slower, while sales in emerging markets continue to grow. Zenith International reports that East Europe now accounts for four per cent of the global market. The Middle East is expected to drive growth in energy drinks, while sports drinks will grow in prominence in the Asia Pacific and Latin American markets.

Functional drinks that help consumers “look good and feel good” will perform the best in coming years, according to the market researcher. Examples include products such as those aimed at skin health and weight management.

Zenith estimates that the global market will grow to 35 billion litres by 2013.