In Quebec City on May 25, the Canadian Council of Grocery Distributors (CCGD) announced the winners of its Canadian Grand Prix New Product Awards.

The CCGD received a record 203 entries. Each entry was judged by a 32-member panel and CCGD distributor members from across Canada.

The other food winners and categories are: 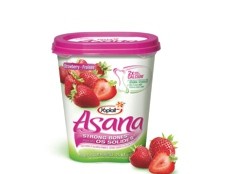