Galen Weston, Loblaw executive chairman, made the announcement at the company’s annual general meeting, reports the Globe and Mail.

The company adds that its focus is to take the lead on the issues that matter most to Canadian consumers and to think more strategically about corporate social responsibility.

The HuffingtonPost.ca reports that the dyes and chemicals used in common artificial ingredients have been linked to skin reactions, hyperactivity in children, nausea, high blood pressure and breathing issues.

Earlier this year, Nestlé announced that it would remove artificial colours, flavours and preservatives from its entire product line in the U.K., becoming the first major confectioner to do so, says the DailyMail.co.uk.

In Canada, Nestlé removed the artificial colours from its Smarties brand in March. 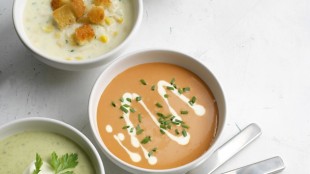