Twenty family-run greenhouses in Ontario have joined forces in a merger they say will better serve the produce industry, reports FreshPlaza.com.

The new company will operate as Clifford Produce and will continue to ship under the Paysanne label.

Clifford Produce and its Paysanne brand have been around since 1929. In 1976, 10 local growers came together to purchase the business, keeping its name as a tribute to its owner, Burt Clifford.

The 20 companies who announced the new merger in May are all independent family run operations with similar company cultures.

And each of the 20 companies involved in the merger is a local grower and supplier of one or more of the following: beefsteak and vine tomatoes, cucumbers, peppers and other specialty produce products. 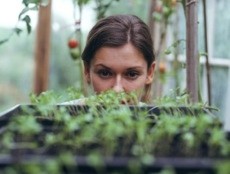