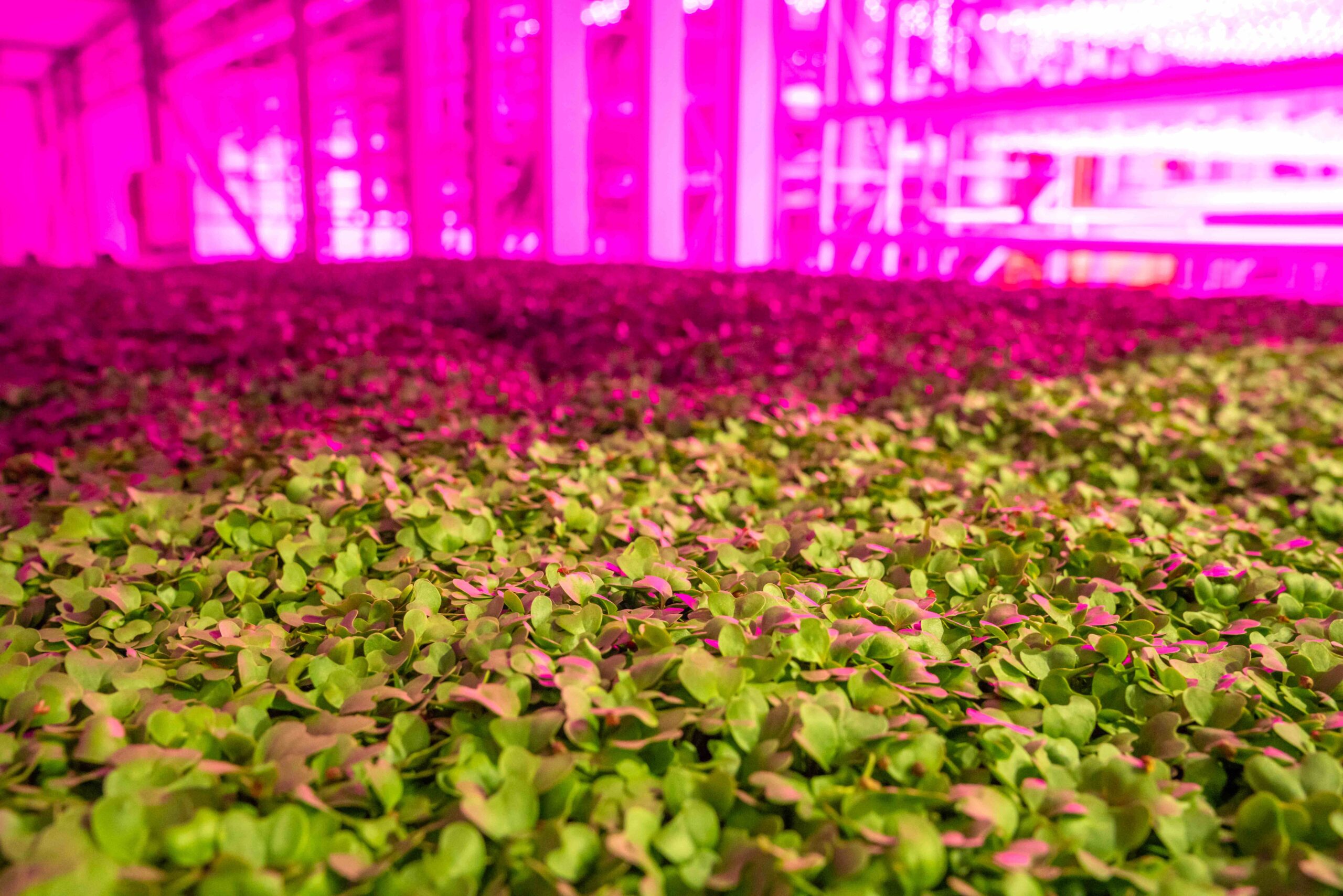 With the closure of a successful new funding round, GoodLeaf Farms is embarking on an aggressive growth and expansion plan to build a national network of vertical farms that will bring fresh, delicious, nutritious and locally grown leafy greens to Canadians across the country.

Backed by a sizeable investment from McCain Foods Limited — which has increased its total investment in GoodLeaf to more than $65 million ¬— GoodLeaf will bring its innovative and proprietary controlled-environment agriculture technology to more Canadian markets over the coming year, providing more Canadian consumers with year-round local food that is typically imported from the Southern United States or Mexico.

“From our start in Truro to our first commercial farm in Guelph, GoodLeaf has built a strong foundation for future growth,” says Barry Murchie, Chief Executive Officer of GoodLeaf. “We want to be a global leader in vertical farming. Our first step to accomplishing that is ensuring we have a strong footprint in Canada, giving Canadians access to top quality, nutrient-dense, sustainably grown and pesticide-free leafy greens 365 days a year.”

GoodLeaf opened its first commercial vertical farm in Guelph, Ont., in the fall of 2019. By the end of 2021, GoodLeaf is planning two more indoor vertical farms — one to serve the grocery and food service networks in Eastern Canada, and one for Western Canada.

Exact locations will be announced shortly.

“It is our intention to build farms that support the Canadian grocery store network, food service industry and consumers,” says Mr. Murchie. “We want to change what people are eating by providing a fresh, healthy and local alternative that, until now, hasn’t been available in Canada. We are driving a new way to grow food, with disruptive technology that brings consumers leafy greens from their own backyard. This is a fundamental game changer.”

GoodLeaf’s vertical farm grows produce on hydroponic trays stacked in multiple horizontal levels. A proprietary system of specialized LED lights are engineered to emulate the spring sun, giving plants the light they crave to maximize photosynthesis. The indoor controlled environment is almost clinical, meaning there are no pesticides, herbicides or fungicides used. It is also immune to weather extremes, such as summer droughts or late spring frosts that can be lethal to crops.

Furthermore, having a local source of year-round food is vital to Canada’s food security and sovereignty, concerns that were in the spotlight at the height of the COVID-19 pandemic as shoppers were faced with rapidly dwindling supplies on grocery store shelves.

GoodLeaf produce is exceptional in a salad, as a topping for burgers and sandwiches, as a kick of nutrients in a smoothie or as an ingredient to elevate your favourite dish.

About GoodLeaf Farms:
With a passion for delicious, nutrient-rich greens, GoodLeaf was founded in Truro, NS, in 2011. Using an innovative technology and leveraging multi-level vertical farming, GoodLeaf has created a controlled and efficient indoor farm that can grow fresh produce anywhere in the world, 365 day of the year. The system combines innovations in LED lighting with leading edge hydroponic techniques to produce sustainable, safe, pesticide-free, nutrient-dense leafy greens. GoodLeaf has ongoing R&D Programs in collaboration with the University of Guelph, Dalhousie University and Acadia University. Learn more at goodleaffarms.com.

About McCain Foods (Canada)
McCain Foods (Canada) is the Canadian division of McCain Foods Limited, an international leader in the frozen food industry. McCain Foods is the world’s largest manufacturer of frozen potato specialties, and also produces other quality products such as appetizers, vegetables and desserts that can be found in restaurants and retail stores in more than 160 countries around the world. In Canada, the company has eight production facilities with approximately 2,400 employees and, in addition to its famous French fries and potato specialties, makes frozen desserts, snacks and appetizers.