Mining, energy and industrials saw the most activity this year

TORONTO: The new year will see more mergers and acquisitions among Canadian companies, according to a report from KPMG, a Toronto-based advisory firm.

The report found more than 1,800 completed deals this year with a total value of between US$114 billion and US$117 billion.

Materials-mining, energy and industrials sectors dominated the Canadian market, accounting for over 60 percent of those deals.

The biggest single Canadian deal completed this year was the US$6.8-billion acquisition of Red Back Mining by Kinross Gold Corp.

However, the number of mergers and takeovers involving Canadian companies has been slightly lower in 2010 compared to last year. Activity in Canada has also been tame compared to India and China, which experienced increases of 117 percent and 31 per cent, respectively, in M&A deal value, including both outbound and inbound deals to those countries.

But the report says the pace has been picking up in the second half of 2010 thanks to improved conditions for raising money on the debt and equity markets. It also expects the number of deals will continue to increase in the first half of 2011.

“Over half of the dollar value of private equity deals was done in one month—November—and all of the data for December is not in yet,” noted KPMG President Peter Hatges.

He added that the strong loonie and turmoil in European markets provide opportunities for Canadian companies to make acquisitions abroad.

“Going into 2011, expect to see stronger participation from Canadian companies on a global M&A basis. The timing is perfect,” he said.

Overseas markets could present other opportunities for some Canadian businesses, according to a separate report from Scotiabank.

The report said the current environment for potash is one of the best ever, with the United Nations predicting food prices at record levels by the end of this year, driving farmers to buy more fertilizer.

China’s new plan to shift emphasis to a consumer-based economy will also benefit Canadian products like potash, with increasing household wealth driving up demand for meat on dinner tables, and farmers growing corn to feed to beef cows.

The bank predicts metals and minerals will see the highest price growth next year but other top picks include silver, copper and palladium, which is used in car parts, some DVDs and LED screens.

It added that light oil will climb to US$93 per barrel and prices will remain volatile.

Canada slow to the catch in key markets 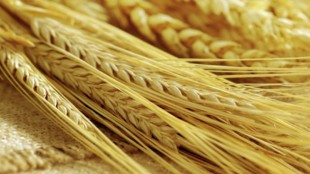