The FAO says food waste is costing the world an estimated US$750 billion each year, not to mention the damage to the environment

Rome – Every year the food the world produces – but doesn’t consume – uses up a volume of water that is equivalent to the annual flow of Russia’s Volga River.

Those are just two of the findings of a new report called Food Wastage Footprint: Impacts on Natural Resources from the Food and Agriculture Organization of the United Nations (FAO).

The FAO says its report is the first study to analyze the impacts of global food wastage from an environmental perspective.

The authors concluded that the food that is wasted around the world each year not only causes major economic losses but is also harming the world’s natural resources.

The report specifically looked at the consequences of food waste on climate, water and land use, and biodiversity.

Beyond the environmental impacts, says the report, the direct economic consequences to producers of food wastage (excluding fish and seafood) run to the tune of an estimated $750 billion annually.

The report found that:

• 54% of the world’s food wastage occurs “upstream” during production, post-harvest handling and storage.

• 46% of it happens “downstream,” at the processing, distribution and consumption stages.

• Food waste at the retail and consumer level tends to be higher in middle- and high-income regions – where it accounts for 31%-39% of total wastage – than in low-income regions (4%-16%).

The report also found that the later a food product is lost along the chain, the greater the environmental consequences, since the environmental costs incurred during processing, transport, storage and cooking must be added to the initial production costs.

Several world food wastage “hot-spots” stood out in the study:

In Asia, the waste of cereals has major impacts on carbon emissions and water and land use. Rice’s profile is particularly noticeable, given its high methane emissions combined with a large level of wastage.

Similarly, large volumes of vegetable wastage in industrialized Asia, Europe, and South and South East Asia translate into a large carbon footprint for that sector. 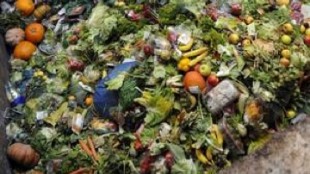 Sell by, use by, best before dates lead to food waste: study