The CFIA is overhauling its rules on food inspection, moving to a single inspection approach

Ottawa – The federal government has announced it will overhaul Canada’s food inspection rules.

The Canadian Food Inspection Agency (CFIA) announced on Friday that it is moving to a single inspection approach across all commodities, says Canada.com.

Currently, industry has to meet multiple and different requirements of eight separate food commodity programs such as those for
• dairy;
• eggs;
• seafood;
• fresh fruits and vegetables;
• imported and manufactured food;
• maple;
• meat; and
• processed products.

The CFIA says it is seeking input from stakeholders on ways that Canada’s science-based inspection system can be enhanced.

A discussion document called The Case for Change is now available for comment and stakeholders can submit feedback to the CFIA until July 31, 2012.

A final plan will be released next year and phased in over the next five years.

A new food safety act, bringing together multiple laws under one piece of legislation, is also expected to be tabled as early as this month.

The CFIA says it will use the feedback to help it draft an improved food inspection approach that will be the subject of continued stakeholder consultation throughout the year in order to refine the suggested approach.

The new food inspection approach aims to include more consistent oversight and management risk across all regulated food commodities – whether imported or produced domestically. It will also support the next-generation food inspector with new tools and training.

The 2011 budget provided the CFIA with $100 million over five years to modernize food safety inspection in Canada.

In addition to designing an improved inspection approach, the CFIA is using this funding to provide better training and more modern tools to front line inspectors.

The CFIA says these efforts are being driven by continued discussions with front-line staff across the country, industry and bargaining agents. To complement the CFIA’s enhanced inspection capacity, investments are also being directed toward building additional capacity in CFIA’s laboratories. 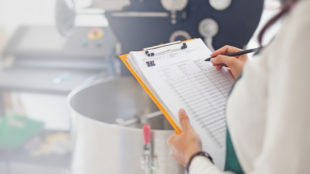