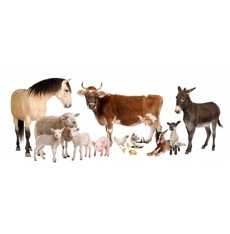 At the annual federal-provincial-territorial meeting of agriculture ministers in July in Niagara-on-the-Lake, Ont., the ministers concluded with several new developments.

One is that the Harper government is investing $20 million to build a link in the traceability chain that tracks Canadian livestock from the grocery store to the original farm gate. Advertisement
The feds are investing in a Livestock Auction Traceability Initiative.

Federal Agriculture Minister Gerry Ritz along with Minister of National Revenue and Minister of State (Agriculture) Jean-Pierre Blackburn made the announcement at the conclusion of the meeting.

Ritz said the traceability system will mean individual Canadian producers will get credit and premium prices for their meat products.

He also added that the traceability system will help protect the security of the food supply by allowing quick and effective tracking of a potential problem before it can spread.

The ministers said that Quebec and Alberta are working on their own traceability initiatives and that this initiative will help all regions build a national system.

Commingling sites are considered high-risk areas because diseases could be easily transmitted.

Contributions under this initiative will assist commingling sites in altering the animal handling structures, which could include physical infrastructure changes, building modifications and technical and trade services, for example, purchasing and installing gates or pens.

• The Canadian Industry Traceability Infrastructure Program is a fund for national industry-led projects for animal and product identification and movement recording. Many national livestock organizations have already submitted projects for review under this program.

• Enterprise Infrastructure is a cost-shared program administered by provinces and territories under Growing Forward to provide training and technology support to individual farms and firms.

The Harper Government also announced the environmental portion of the Growing Forward framework at the annual meeting.

The environmental portion is worth almost $200 million over five years. This federal investment will deliver achievable results for a cleaner, healthier environment for Canadians through environmentally responsible agriculture practices.

The environmental elements of Growing Forward will focus on the development and assessment of new agri-environmental knowledge, programs and initiatives.

This approach aims to allow farmers to address key environmental challenges including agriculture’s impact on water quality and water use, climate change, greenhouse gas emissions and the exploration of new economic opportunities for farmers that encourage additional environmental action.