Canadian companies could be forgiven for thinking the United States is one of the last markets they should pursue for new export opportunities. Its economic growth is forecast to contract 1.6 per cent this year, according to the International Monetary Fund (IMF), and its “Buy American” provisions for federal stimulus money are making it difficult for Canadian and other foreign companies to land government contracts.

At the same time, Export Development Canada (EDC) is forecasting a 21-per-cent decline this year for Canadian exports to the U.S., partly due to fewer orders and partly due to reduced prices. “We haven’t seen drops like that since the 1960s,” says Denis L’Heureux, regional vice-president of Small Business Solutions at EDC.

So with all this doom and gloom, why are experts still telling Canadian exporters to look south of the border? “The U.S. is still our largest trading partner by far, and that’s not going to change tomorrow,” says L’Heureux. “Our close proximity continues to make us the envy of the world.”

While trade with the U.S. is weaker than before, L’Heureux says it’s critical for Canadian exporters to keep seeking opportunities in the U.S. and start preparing now for the inevitable rebound of the world’s largest economy. “It’s really important to nurture your relationships with U.S. customers, so that when the recovery kicks in, your company will be top of mind.”

Bruce McConnell, vice-president of Business Development Bank of Canada (BDC) Consulting, prefers to look at the global recession from a “glass half full” perspective, stressing that every economic downturn also brings opportunities. “If you’ve never exported, the most important thing is to start small, but start now,” says McConnell. “Your first stab at exporting might be close by, either in the U.S. or just across the border provincially. It will still give you experience in developing a new market.”

Of course, North America isn’t the only market in the world, and entrepreneurs should pursue opportunities in regions that continue to outperform most industrialized countries. In July, the International Monetary Fund (IMF) reported that Asia is set for a stronger performance than earlier anticipated. The IMF now says that China will grow by 7.5 per cent and India by 5.4 per cent in 2009. Latin America also holds promise, with the World Bank predicting economic growth of two per cent in 2010. 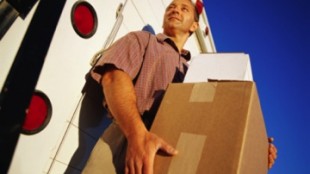 Are you ready to export?