St. Francois-de-Madawaska, N.B. – A local poultry processor has announced this week that it is laying off a quarter of its 250 employees.

Nadeau Poultry Farms Ltd., the only chicken processor in the province, says that as its supply of locally grown chicken continues to dwindle it no longer has a choice but to cut more jobs.

The company had been trying to cut hours instead, but as it lost 22,000 birds per week in August that option was no longer viable.

The company says it did struggle with the decision, especially so close to the holidays, but also didn’t want employees to over-extend themselves financially and then find out in January that they no longer had jobs.

In a release on its site, Nadeau Poultry says the failure of the province to regulate chicken supply is the reason the company had to take drastic measures.

“What people need to understand is that chicken is a controlled product in Canada,” says Yves Landry, Nadeau Poultry’s general manager. “It is marketed under strict legislation and the government is required by law to manage it. It is the New Brunswick government’s failure to regulate the chicken industry that has caused this.”

The poultry processor’s issue with supply goes back to 2009, reports the TelegraphJournal.com. In 2008, Groupe Westco Inc. (a poultry farming organization that is also based in New Brunswick) had partnered with Quebec-based Olymel L.P. to form Sunnymel. A year later it began shipping New Brunswick chickens to Olymel’s slaughterhouse in Quebec. That’s when Nadeau was forced to cut 165 jobs.

Nadeau Poultry says the failure of the New Brunswick government to uphold its end of the national supply management system in the chicken industry allowed “one single corporation” to gain a monopoly over New Brunswick grown chicken. The release goes onto say that “this corporation is now shipping almost 80 per cent of New Brunswick’s chicken supply to Quebec to be processed, for that province’s benefit, leaving Nadeau Poultry, the major employer in the small northern region of St. Francois, without adequate supply.”

Landry adds that “the New Brunswick government needs to step up to the plate and fix the mess that was caused back in 2005 when regulations were removed that prevented monopolies from forming – a decision which occurred under the premier’s watch as then Minister of Agriculture. Because of this failure, the New Brunswick chicken industry and the employees of Nadeau Poultry are paying.”

Landry also warned other companies looking to invest in New Brunswick to look at Nadeau
Poultry’s situation and think twice before coming to the province.

“If the government refuses to protect a more than 50 year old business and its 250employees even when they have the power to do so and, on top of that, even ignores their legislated duty to manage it, what does that say to investors?” he says. 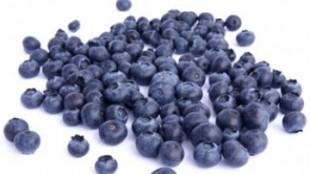