Larry Taylor, president and CEO of Dr. Pepper Snapple Group of Plano, Texas (US$1.2 billion in 2007 sales) concurs. He told shareholders this was the toughest market the beverage industry has faced in many years. “With disposable incomes falling, consumers are thinking harder when they buy,” and while the company’s CSD volume was up half a per cent, “our premium-priced products slowed significantly resulting in performance that was below our expectations.” 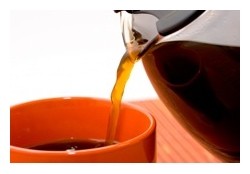