Clearwater Seafoods Inc. says that in combination with the certification of the Nova Scotia snow crab fishery last week (http://www.canadianmanufacturing.com/food/news/snow-crab-fishery-achieves-milestone-70772), the company now boasts a total of seven species certified by the MSC, completing the certification of all its core products.

With this latest certification the company also now has the widest selection of MSC-certified species of any seafood harvester worldwide. surf clams

For Clearwater, the certifications represent a collection of significant milestones.

The deep-water clam fishery, for instance, is the first of its kind globally to obtain MSC certification. The snow crab fishery was the first in North America. These species join the Clearwater family of MSC-certified offerings including Canadian sea scallops, Argentine scallops, Canadian coldwater shrimps and Eastern Canadian offshore lobster.

Clearwater has invested in and developed the Arctic surf clam fishery since its inception in 1986 and is the sole supplier for this high-quality product. The primary markets for Arctic surf clams are Japan and China, with a secondary market in the U.S.

The Nova Scotia snow crab fishery operates seasonally from early May to mid September on the eastern portion of the Scotian Shelf off Nova Scotia. The snow crab product is processed into clusters consisting of one side of the crab with legs and claw attached. It is primarily sold in the U.S.

The certifiers completed thorough assessments of both fisheries’ practices to meet the standards set out by the MSC for sustainability, environmental impact and good management practices.

With the certification, Clearwater’s Arctic surf clam and Nova Scotia snow crab products are now eligible to carry the blue MSC ecolabel in the marketplace. MSC-certified products have a growing audience in markets worldwide as a result of increased buyer and consumer interest for sustainable seafood products. The MSC logo is evidence the fishery meets strict environmental standards and the product originates from a sustainable and well-managed fishery. 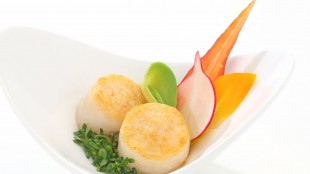