Back in 2011, I appeared in a Food in Canada article about the Scientific Research and Experimental Development (SR&ED) tax credit. Since then, McDonald’s finally revealed how they get their fries from the farm to the fryer, food trucks made a comeback on the streets of Vancouver, and sustainable agriculture has driven consumers to finally eat mindfully.

In that time, we’ve also seen two federal budgets come and go, both of which have contained changes to the SR&ED credit – Canada’s largest tax incentive plan – that food processing firms should be aware of.

The SR&ED tax credit encourages Canadian businesses to invest in innovation, experimentation and technological advancement resulting in improved products and processes. With roughly $5 billion allocated by the federal and provincial governments, the SR&ED credit can be a bottom-line boon. Up to $0.66 of every $1 in wages on qualified SR&ED activities can be recovered. In other words, if you’ve spent $300,000 on qualified wages, that’s a possible refund of $200,000 to offset against taxes payable.

A claim can only be filed on eligible SR&ED expenditures that are made in Canada and meet three criteria: a scientific or technological advancement; uncertainty regarding whether or not the advancement will succeed; and evidence of qualified personnel with relevant work experience involved in the project. A SR&ED claim can even be made if the product or process wasn’t successful, as long as you can demonstrate that knowledge has been advanced in some shape or form.

In the world of food processing, eligible expenditures could include experimentation resulting in increased shelf life, reduction of calories in a brand’s product, or even the testing of designs meant to minimize packaging.

When Tablex developed its spring-loaded, pull-tab system used for shelving, or when Organika produced its organic virgin coconut oil, they likely would have been eligible to file a SR&ED claim.

Important changes in the federal budget

Both the 2012 and 2013 federal budgets haven’t been overly favourable for the SR&ED program, though they could have been much worse. Any companies that are labour and payroll intensive should take note of the fact that starting Jan. 1, 2013, only 80 per cent of subcontracted expenses can be claimed (down from 100 per cent). Overhead proxy percentage – the rate used to calculate overhead costs – has similarly been reduced to 60 per cent in 2013 and 55 per cent in 2014 (down from 65 per cent). Given these reductions, you could consider shifting your contract staff to employees and claim those overhead expenses using the proxy method to help maximize your SR&ED return.

Finally, the general investment tax rate (ITC) of foreign and publicly owned companies will be reduced to 15 per cent in 2014 (down from 20 per cent). Qualifying Canadian-controlled private corporations (CCPCs) can breathe a sigh of relief as the enhanced 35 per cent rate has fortunately remained untouched.

The Conference Board of Canada released an interesting study in December, 2012 called Competing for Bronze: Innovation Performance in the Canadian Food Industry. The report claimed that the Canadian food industry has become an “innovation laggard,” resulting in Canada losing ground in global food and drink export markets, especially when compared to Brazil and China. If this truly is the case, then SR&ED’s importance moving into 2014 is only going to increase.

Even though the federal budgets haven’t been favourable to SR&ED, the fact remains that the program is still a lucrative way of gaining a major competitive edge for companies who claim it successfully. It’s also a reason to invest in innovation – an incentive that could help turn the tide and transform Canada back into a leading global innovator.

Shawn Rosenzweig is a resident expert on SR&ED tax credits at Richter LLP (formerly SBLR LLP Chartered Accountants), having obtained cash and tax credits totaling over $3 million for his clients in the past year alone. As a partner at Richter’s Toronto office, he leads an established practice of entrepreneurial clients in manufacturing, food processing, real estate, distribution and professional services. He can be reached at [email protected] 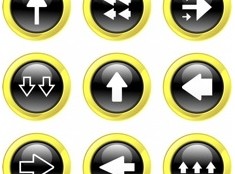