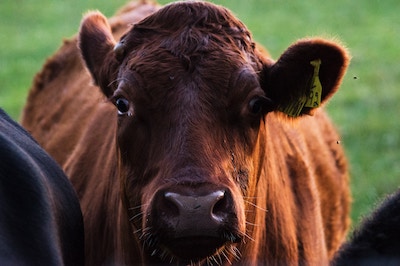 The cancellation, announced Monday Dec. 1, indefinitely prolongs what was already described as “critical processing capacity shortage” for the province’s cattle producers, leaving them to seek other markets and feed cattle far longer than anticipated.

The Canadian Food Inspection Agency said Monday it made the decision to cancel the licenses for Ryding-Regency Meat Packers, Canadian Select Meats and The Beef Boutique — the latter two operating under the St. Ann’s Foods banner — all of which were already suspended in September as part of an E. coli food safety investigation.

The companies’ licenses were suspended separately in mid-September because they “failed to implement effective control measures” at the facilities, CFIA said at the time.

However, during its investigation, CFIA said Monday, it also “identified (it) had received false or misleading information from the licence holders concerning E. coli lab results.”

Effective immediately, CFIA said, the companies in question “are no longer able to slaughter food animals or prepare meat products for export or to be sent from one province or territory to another.”

In a statement posted in September on its website following the license suspensions, Ryding-Regency had said it “continue(s) to co-operate with the CFIA to ensure that all requirements are being met, and that improvements are being implemented to strengthen our daily business practices.”

Through the investigation, the company said on its site, it “concluded, that on isolated production days, we experienced breakdowns in our operating procedures,” and announced voluntary product recalls from those days as a result.

Ryding-Regency said at the time it “did not knowingly release any contaminated products, and there have been no complaints from industry.”

CFIA’s announcement comes in the wake of what the Ontario Federation of Agriculture had described separately Thursday as “a state of uncertainty and duress” for the province’s cattle producers that has so far lasted “more than a year.”

Losses on beef cattle operations in Ontario and Quebec combined have risen above $150 million since January 2019, a situation OFA said Thursday is “not sustainable.”

OFA on Thursday cited “depressed market prices, trade and market access barriers, a shortage of processing capacity and most recently, the prolonged licence suspension for Ryding-Regency Meat Packers, a significant player in beef processing for Eastern Canada” — a situation the group said at the time “needs to be resolved immediately.”

With beef farmers having “no immediate recourse to address these challenges,” OFA and other groups on Thursday called for “immediate government action to aid in the resolution of the mounting threats facing Ontario farmers.”

BFO and Les Producteurs de bovins du Quebec in September called on governments to set up a national emergency beef cattle investment and assistance program to help farmers in Ontario and Quebec “mitigate market losses and the disturbances of recent trade and market disruptions,” OFA noted.

Longer-term, OFA said, “a plan to support the expansion of processing capacity to service Ontario and Eastern Canada is needed. Too many processors have exited the sector in recent years, leaving too few processors to place bids on cattle to ensure a competitive, healthy marketplace.” — Glacier FarmMedia Network