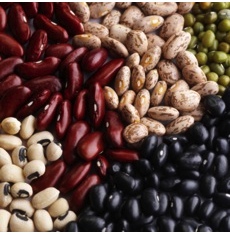 AGTI, a Regina, Sask.-based producer of lentils, peas, beans and other pulses, made the announcement on Sept. 7.

The assets AGTI will be acquiring include real property, vertical and horizontal storage for pulses and grains, processing plant assets and related handling equipment.

This deal is in addition to AGTI’s recent acquisition of Balco Grain Services also in South Australia in August.

The company paid $10 million for that business and the expansion of its storage and processing facilities.

Murad Al-Katib, president and CEO of AGTI, says the acquisition of Northern Yorke is key to the company’s platform expansion in South Australia.

With the both Balco and Northern Yorke, AGTI “now has origination and processing hubs in South Australia’s main production areas and key logistical container advantages to execute its business plan,” says Al-Katib.

“Northern Yorke Processors is ready for operation and will give us processing capacity this year to capitalize on what appears to be a promising 2010 crop.”

AGTI also announced that it has begun construction on two new projects in Turkey with the addition of a new short-cut pasta line at its Arbella processing facility in Mersin, Turkey and the construction of a state-of-the-art rice-processing mill near Edirne, Turkey.

The pasta processing line will add an additional 36,000 mt of pasta capacity while the rice mill is planned at 65,000 mt annually.

Both the pasta line expansion and the new rice mill project are slated for completion in the first quarter of 2011, with a total investment of CDN $15 million.