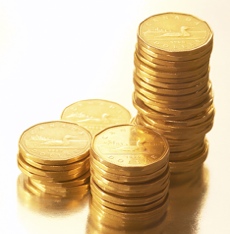 A new North American benchmarking study of the food and beverage industry shows that Canadian processors have closed the long-standing operating margin gap with U.S. processors. The study, Benchmarking for Success 2009, was prepared by Deloitte, and analyzed 76 processors to measure performance for the fiscal year ending in 2008.

According to the study, the dramatically changed economic landscape is one reason for the change in operating margins. In 2008, Canadian and U.S. processors both performed equally on EBITA, at about 10 per cent of sales revenue. In 2001, there was a seven per cent margin advantage for U.S. processors.

While closing this gap is good news for Canadian producers, the downside is lower profitability for food and beverage processors on both sides of the border. In 2008 ROI for Canadian processors fell to 14 per cent, from 20 per cent in 2006, due to the cost of raw materials, labour and other inputs.

As well as analyzing sector performance, the report looked at consumer concerns such as food safety, and issues such as remaining competitive in a global industry, the food retail environment and merger and acquisition activity. In particular, it noted that future success will be based on consumer insights, brand management, product development and innovation.