Pure Canadian maple syrup has a lot more going for it than most of us knew.

Researchers from the University of Rhode Island (URI) uncovered 54 compounds in Canadian maple syrup, which is double the amount previously reported.

What’s key is that many of those compounds contain antioxidant properties and potential health benefits.

In fact, in laboratory studies, those compounds acted as anti-cancer and anti-inflammatory agents.

The researchers presented their findings on March 30 at the annual meeting of the American Chemical Society in Anaheim, Calif., says the Federation of Quebec Maple Syrup Producers.

The researchers identified five of the 54 antioxidant compounds for the first time and say they are unique to the natural sweetener.

Given the common name of Quebecol, in honour of the province of Quebec, this compound is created during the process of boiling down maple sap into maple syrup.

“We don’t know yet whether the new compounds contribute to the healthy profile of maple syrup, but we do know that the sheer quantity and variety of identified compounds with documented health benefits qualifies maple syrup as a superfood,” says Dr. Navindra Seeram, assistant pharmacy professor at URI and a lead scientist on the maple syrup research team. 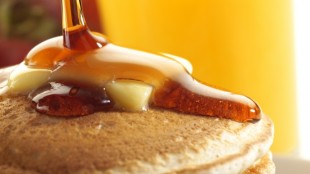 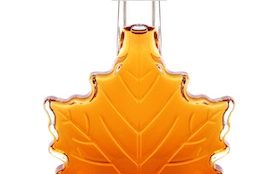