The country’s unemployment rate fell to 7.2 per cent, with the addition of 25,500 full-time positions but the loss of 18,400 part-time ones.

BMO Capital Markets deputy chief economist Doug Porter said the gains were “not exactly what the doctor ordered, but not bad.”

The addition of full-time positions, especially in the private sector, were healthy signs, he said.

Alberta and Newfoundland and Labrador posted gains while Ontario lost 22,400 jobs. Despite that, the province’s employment growth was similar to the national average.

The rest of the provinces were mostly unchanged.

Meanwhile, the U.S. saw a slight increase in its July employment numbers. The country’s unemployment rate dipped to 9.1 per cent as employers added 117,000 jobs —an improvement from the past two months. Some analysts said the figures were a dose of optimism following a tumultuous week. 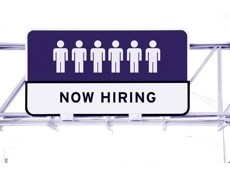