OTTAWA—Despite the high dollar, Canadian businesses are expecting a better year for international sales, according to the latest survey from Export Development Canada (EDC).

The greatest confidence gains were in the infrastructure, environment, transportation and resources industries.

Optimism was widespread across Canada, with some of the most significant increases in Ontario (4.5) and Atlantic Canada (4.9).

Exporters in Western Canada, who had above-average TCI scores in the last two surveys, also reported modest increases in the spring.

The U.S. is still the main market for nine out of 10 Canadian exporters. But the EDC found a slight and steady increase to other regions such as Brazil, Russia, India, China and Mexico.

Canadian exporters also said they expect over the next six months to penetrate markets in Argentina, Chile, Colombia, Peru and Venezuela as well as Malaysia, Singapore, Taiwan, Hong Kong and South Korea.

“Although this segment of total Canadian trade is relatively small, it’s growing at an impressive rate,” the EDC report said. 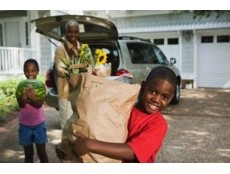 Consumer confidence is up, but restraint is new mantra: Nielsen