New study shows the sector is worth $3.5 billion annually 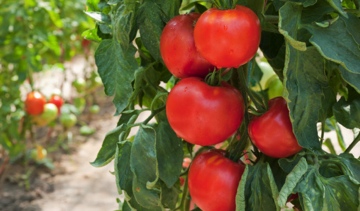 The market for organics reached $3.5 billion in 2012, with sales of certified organic food and non-alcoholic beverages of $3 billion, and is now triple the value of the market in 2006. This makes it the fastest-growing agri-food sector in Canada.

The report, Canada’s Organic Market: Growth, Trends and Opportunities, is the most comprehensive study to date of the country’s organic marketplace. And according to COTA, it contains the first data on the Canadian organic market since the federal government regulated the sector in 2009.

The study also found that there is a diverse consumer base for organics in Canada. More than half of Canadians buy organic products each week, while in British Columbia 66 per cent of consumers buy organics on a weekly basis.

The study was funded by Loblaw Companies, Taste of Nature, UNFI Canada, Whole Foods Market and the Organic Sector Development Program (OSDP). Funding for the OSDP comes from Agriculture and Agri-Food Canada’s Canadian Agricultural Adaptation Program, which is delivered by the Investment Agriculture Foundation in B.C.