Ottawa – Canada and Japan have reached an agreement that means more opportunities for Canadian beef producers.

As of  Feb. 1, the two countries have expanded market access to Canadian beef to animals under 30 months of age.

The current requirement only permitted beef exports from animals under 21 months of age.

The expanded access is expected to double the potential market value of Canadian exports to Japan reaching up to $150 million annually.

In a statement, Canada Beef explains that the amended import requirements will allow Canadian exporters to offer a steady supply of Canadian beef year-round, providing Japanese trade partners the security of supply they need to make long-term commitments to Canadian beef.

Supplying only beef from cattle under 21 months of age on a year-round basis presented a significant challenge for Canadian producers. The majority of Canadian calves are born in the late winter and early spring, thus limiting the amount of beef from cattle that could qualify for export between December and April.

And for Canadian producers, the Japanese market is highly valuable. During the past few years, Canadian beef shipments to Japan have ranged between 15,000 to 16,000 tonnes, valued between $70 to $75 million per year, far less than the expected increase to $140 to $150 million per year. 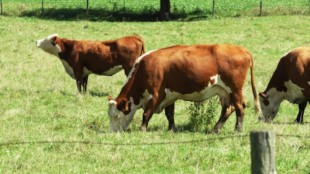