Ottawa has requested formal consultations with the U.S. under the World Trade Organization dispute settlement process on the country-of-origin labelling (COOL) measures. The legislation was implemented on Sept. 30, 2008 with a six-month non-enforcement transition period. For North American products the retail label must indicate every country in which a stage of production took place.

The livestock and meat packing sectors will be particularly hard hit as they are highly integrated on a continental basis. The Canadian Cattlemen’s Association reports that COOL has already impeded Canada’s ability to market livestock in the U.S. American packers either won’t buy Canadian cattle or demand a discounted price to recover the costs of handling them separately from U.S. cattle. Canadian packers, in turn, are paying less because of the reduced competition for Canadian livestock.

Earlier expectations of only modest inconvenience were upended last fall when the USDA issued a note preventing packers from applying a “product of U.S. and Canada” label where the pork or beef came exclusively from U.S. livestock.  Kevin Grier of the George Morris Centre noted that Canadian weaners and feeders were already finding it hard to find a U.S. home. In November only two packers were taking Canadian hogs. Smithfield Foods vowed to use only American born, raised and processed hogs in its fresh retail products and other U.S. packers have made similar promises. Grier expects that supply shortages will prompt at least one major U.S. packer to accept Canadian hogs by spring and label the meat accordingly and others will follow suit or risk competitive disadvantage.

Canadian Agriculture and Agri-Food Minister Gerry Ritz advises a government-industry working group is monitoring the implementation of COOL to collect information on its economic impact on producers and processors. 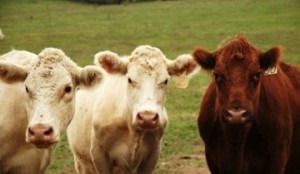 Canada turns the heat up on COOL