Toronto – Canada Bread Bakery Ltd., which is 90 per cent owned by Maple Leaf Foods Inc., has announced that it is closing one of its facilities this year.

The frozen bakery facility in Laval, Que. will be closing March 31. The well-known bakery employs approximately 55 workers and produces a variety of products, such as crusty and specialty breads and rolls.

The company says it will consolidate production at its other frozen bakery facilities where there is available capacity. The other facilities are located in Calgary, the Greater Toronto Area and in the U.S.

The affected employees will receive severance packages that the company says exceed provincial labour requirements, as well as personal counselling and ongoing placement services and workshops.

In addition, the company will give all affected employees first consideration for employment at its fresh bakery facilities in Quebec, which employ more than 1,000 people, including 60 jobs that will need to be filled for the upcoming summer production period.

Canada Bread has no immediate plans for the bakery but says it recognizes that the land and building are “an excellent asset” and do have “strategic value longer-term.” For now the company says it will keep the facility and consider it for other potential new business and development opportunities.

Restructuring and other costs related to the closure, including severance, decommissioning and asset write-downs, will total not more than $5.8 million before tax, $2.0 million of which is cash expenses. Of the total closure costs, approximately $5 million will be recorded in the fourth quarter of 2010 and the remainder when the facility is decommissioned in the second quarter of 2011. 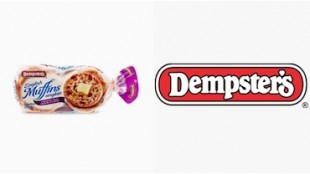