In 2008 Canada made the bold move of designating bisphenol A, also known as BPA, a toxic agent. BPA is an industrial chemical mainly used to make polycarbonate plastic food and beverage containers, plastic food wrap and the epoxy resins that line metal canned foods. In October, Canada announced it would begin drafting regulations to prohibit the importation, sale and advertising of polycarbonate baby bottles containing BPA. These regulations are expected to take effect some time this year, making Canada the first country in the world to take such a strong stand on the chemical.

BPA has been around for almost 120 years. According to the Washington, D.C.-based Environmental Working Group (EWG), the chemical industry began to use BPA in polycarbonate and to make epoxy resins in the 1940s and 1950s. But even in the 1930s it was known by scientists to be an artificial estrogen, and it was known that BPA leached out of plastic. The EWG goes on to say that studies conducted in the last 20 years “now show it to be…a potent developmental toxin at very low doses.” That’s why Canada moved to ban polycarbonate baby bottles.

According to Carol Zweep, manager of Packaging Services at the Guelph, Ont.-based Guelph Food Technology Centre, “The government targeted these bottles because newborns and infants have a lower tolerance to any chemical exposure.”

Still, for consumers it’s all been a bit puzzling. Last summer the U.S. Food and Drug Administration said normal exposure to BPA wasn’t a hazard. But then in September the National Toxicology Program, an interagency of the North Carolina-based National Institute of Environmental Health Sciences, finalized its report on BPA and found that “Current human exposure to bisphenol A…is of ‘some concern’ for effects on development of the prostate gland and brain and for behavioural effects in fetuses, infants and children.” One of the authors of the study also added that it’s uncertain if the changes noted in the animal studies are directly applicable to humans, and if they would result in clear adverse health effects. But, he went on to say, “we have concluded that the possibility that BPA may affect human development cannot be dismissed.” 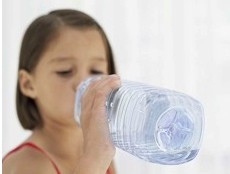 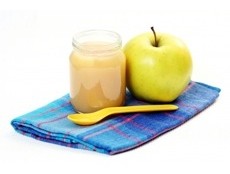