Beyond Meat and McDonald’s break up – an analysis 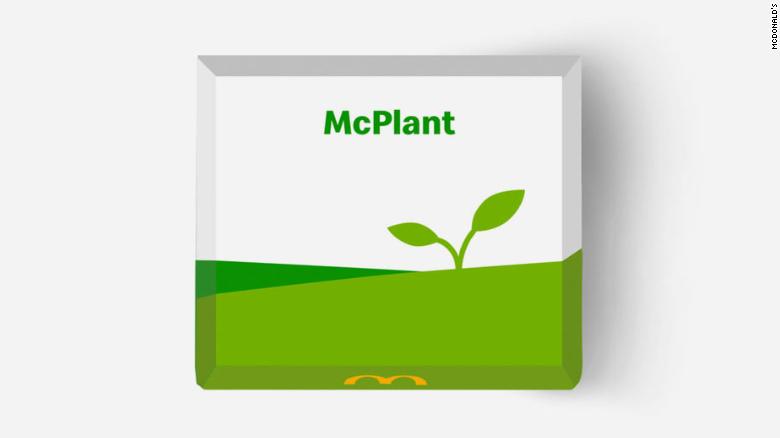 “Beyond Meat is learning the hard way that its “better than beef” rhetoric makes the company a liability. And McDonald’s made that crystal-clear last week.” This is the opinion of Dr. Sylvain Charlebois, Professor and Senior Director at the AGRI-FOOD ANALYTICS LAB at Dalhousie University. He expands here:

One of the most bizarre food stories of the year, other than the panic buying we witnessed in the spring in the western world, is this quasi-divorce between McDonald’s and Beyond Meat. While McDonald’s recently announced its new McPlant products to be rolled out in 2021, Beyond Meat, who was working with the fast-food chain for a while, was not even mentioned in the release. Beyond Meat did insist that it is still working with McDonald’s, but few seem to know what Beyond Meat’s role is. It seems that McDonald’s broke up with Beyond Meat but forgot to tell the plant-based giant.

In September 2019, McDonald’s (Global) chose to run a pilot with its P.L.T. in Canada, in more than 40 restaurants in Southern Ontario. The P.L.T. stands for Plant, Lettuce, Tomatoes, co-designed with Beyond Meat. The pilot was extended to April 2020. Once the pilot ended, however, there was nothing. Not one announcement, no tweet, nothing. Not one drop of news – that is, until this past week. McDonald’s claimed that the plant-based burger received a positive response from Canadians, but when COVID-19 hit, one can only suspect the company got busy focusing on other things. Many even wondered whether the growing excitement around a plant-based diet would survive the pandemic. But now we know it has.

And that’s how McPlant was born. A questionable name, to be sure. Meanwhile, Beyond Meat is adamant in saying it is still working with McDonald’s on various projects. Chances are, Beyond Meat is out, and McDonald’s – unsurprisingly – is moving forward with its own agenda.

McDonald’s has a massive network of over 38,000 restaurants, much too big for Beyond Meat to supply. Few will be surprised to see McDonald’s integrate vertically to support a new line of products. McPlant will require supply chain alignment and changes in how outlets operate. For example, to do it right, regular patties cannot be cooked alongside McPlant patties. This is an unacceptable set up for vegans. McDonald’s will not make the same mistake as other chains have.

Most important, though, Beyond Meat has been around for more than a decade but only got global attention just a few years ago. As a dominant player in the field, Beyond Meat already has a past. Many will link the plant-based movement, or some would say the fake meat phenomenon, to Beyond Meat. Its “better than beef” rhetoric has simply hurt the brand and the category. In lieu of positioning the product as unique, or an alternative, Beyond Meat has become its own worst enemy by encouraging consumers to ditch meat. The reality is that most Canadians still enjoy traditional animal proteins. It is very much a part of our heritage. Expecting Canadians to replace one with the other was unreasonable, and still is.

Beyond Meat’s stock reached a record $195 US a few weeks ago, but in light of lack-luster financial results and the recent announcement by McDonald’s, some analysts believe its stock could fall below $100 US. When terms like “fake meat” or “manufactured meat” are mentioned, the first company that comes to mind is Beyond Meat. This is their baggage, and McDonald’s knows it.

McDonald’s is now fully committed to offering plant-based foods. As other chains have done, McDonald’s is making its menu more inclusive. Consuming vegetable proteins is much more socially normalized now, and the pandemic hasn’t really changed anything. Recently released statistics on plant-based diets show strong numbers. Not offering a plant-based option could lead many to pass on McDonald’s. Dietary inclusiveness is the way to go. Good call for McDonald’s. For McDonald’s Canada, specifically, it will be interesting.

The golden arches have always been one of Canada’s most formidable champions for agriculture. McPlant could be seen as a betrayal, especially for beef producers. So, if you see more McDonald’s ads promoting Canadian beef, or even better, Canadian sustainable beef, don’t be surprised.

It’s all about playing nice with farmers, and there’s nothing wrong with that. But for Beyond Meat, it is clear that they no longer have McDonald’s as an ally. As such, the company may need to refine its value proposition to consumers. Plant-based menus are about more choice, not about undermining the hard work of farmers who have provided us with quality meat products for decades.