The top 50 winners were published in the magazine’s June 9 issue.

Maclean’s and Jantzi-Sustainalytics, a company that provides sustainability analysis, selected the 50 companies on the basis of their performance across a broad range of environmental, social and governance indicators.

How PepsiCo did it

PepsiCo Canada and Pepsico globally say they both address social and environmental issues through human, environmental and talent sustainability.

Some of the highlights include:

Environmental Sustainability:
• PepsiCo Canada has focused its environmental sustainability efforts on water, energy and packaging and has extended its outreach to franchised bottlers and its supply chain.

PepsiCo Foods Canada:
• Has achieved 98% waste diversion from landfill and 40% water usage reduction at its manufacturing plants; and
• Was the first manufacturer in Canada to introduce all-electric, zero emissions, green powered delivery trucks into its distribution network.

PepsiCo Beverages Canada:
• Reduced the water required for each litre of production by over 12% since 2007;
• Increased internal recycling at its plants and warehouses to 88% in 2010;
• Launched the reNEWabottle, a clear bottle made from 100% post-consumer recycled plastic for our Naked Juice brand; and
• Use aluminum cans that contain over 40% recycled content and all PET and aluminum beverage packages are 100% recyclable in Canada.

Human Sustainability:
• The company has reformulated many of its existing products to reduce total fat, trans fat, saturated fat, sodium and added sugars, while increasing the whole grain, fruit, fibre and micronutrient content of its products;
• PepsiCo Canada is a founding participant of the Canadian Children’s Food and Beverage Advertising Initiative (CCFBAI) whereby the company does not advertise to children under 12 years of age;
• PepsiCo Canada supports the Nutrition Facts Education Campaign, a collaboration of Health Canada and Food & Consumer Products of Canada; and
• PepsiCo Canada donated $1.2 million to support grassroots community projects in 2010 through the innovative Pepsi Refresh Project, allowing employees and the general public to propose their own ideas to have a positive impact on communities from coast to coast. 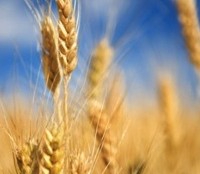