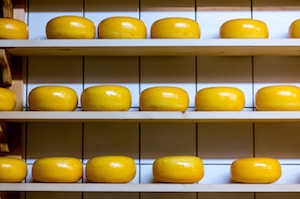 A Quebec cheese plant formerly known as a top maker of Camembert- and Brie-type cheeses is set to shut permanently in April after five years under Agropur’s ownership.

Quebec-based Agropur, North America’s biggest dairy co-operative, announced Friday it will start winding down operations at its Saint-Damase cheese plant in January ahead of the April 2019 closure.

The St-Damase plant’s soft cheese manufacturing will be set up at Agropur’s St-Hyacinthe plant, while its cheese conversion will be transferred to the co-op’s plant at Beauceville.

Agropur had bought what was then known as Fromagerie Damafro and its sister cheesemaker, Fromagerie Clement, in 2013 for an undisclosed sum. The plants were previously owned and operated by the Bonnet family of cheesemakers, who came to Quebec from the Brie region of France.

Agropur on Friday said “major investments were needed” at the St-Damase plant, just south of St-Hyacinthe in Quebec’s Monteregie.

“In view of the inability to reach a long-term agreement with the plant’s employees and the need to honour commitments to customers, Agropur had no choice but to reorganize its investments,” the co-operative said in a release, adding it has to take the “necessary measures to remain a major player in an increasingly competitive market.”

The plant’s 110 affected employees “will be able to take advantage of available programs, including employment opportunities at other Agropur sites.”

The employees are represented by Local 1991-P of the Travailleurs et Travailleuses unis de l’alimentation et du commerce (TUAC), the Quebec affiliate of the United Food and Commercial Workers (UFCW).

The union said Friday it had known a plant closure was at least theoretically possible since before talks began on a new contract.

However, TUAC officials said, the union and company had already agreed to meet for conciliation talks on Oct. 1, following the filing of the union’s last offer in June.

Up until now, TUAC said, few sticking points remained to be negotiated and the union’s negotiating committee had been optimistic that the two sides could reach a deal.