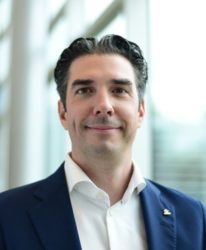 Agropur Cooperative announces the appointment of Émile Cordeau as chief executive officer effective Oct. 15, 2019. In view of other opportunities for Cordeau, Agropur decided to accelerate its succession plan. In this context, Robert Coallier has announced that he will retire from the cooperative on Dec. 31, 2019.

Since joining Agropur in 2013, Cordeau has occupied a series of positions, including most recently senior vice-president and chief financial officer, in which capacity he played a key role in the Cooperative’s development. He is widely respected for his talent and leadership skills within the cooperative and in the business community.

Coallier initially joined Agropur as a guest member of the board and has been CEO since 2012. Under his leadership, Agropur achieved dramatic growth, particularly in the U.S. market where Coallier successfully implemented an acquisitions plan that made the Cooperative a major player in that market and one of the top 20 dairy processors in the world.